Český Krumlov, a town in the south, has a variety of Gothic, Renaissance and Baroque structures, and many restaurants and souvenir shops. On the west, there are natural spas with mineral water, Karlovy Vary and Mariánské Lázne. In ancient town of Kutna Horá, world known Sedlec Ossuary, hosting more than 40,000 human skeletons (here is an idea for an unconventional Halloween tour!). And, last, but not the least, city of Plzeň, the birthplace of Pilsner beer. Cheers!

Czechia is located in Central Europe and it shares its borders with four countries: Poland, Slovakia, Germany and Austria. It`s a small country – based on its size, Austria is 116th country in the world and 23rd in Europe. Czechia was part of Czechoslovakia until 1st January 1993, when they split, peacefully, into Czech Republic and Slovakia.

As with many countries, your passport must be valid for at least three months after you complete visit to Austria, so please plan ahead. Czechia is part of Schengen agreement and visa for any of the countries from the Schengen group is also valid for Czechia.
More info about visa requirements for Schengen countries can be found here.

Getting to Czechia is the best via Prague Airport (PRG) or other, smaller airports: Brno (BRQ) or Ostrava (OSR). You can also arrive by bus or car from neighbouring countries if you are visiting this part of Europe. If you have plenty of time, then driving throughout any of the scenic routes is a great choice. Prague, truly a fairy tale city, is covered in maze like cobbled streets, medieval squares, romantic bridge over Vltava River and grandiose castle on top of the hill, so one doesn`t need much imagination to comprehend life from centuries ago.... The Czech Republic, or known since 2016 as Czechia, is a Central European country, known for its castles, baroque and gothic churches, famous locally brewed beers and long and rich...

Most of the tourists choose Prague as their starting point and visit other cities on a day or weekend trips, unless you want to visit spa centers and then start your trip from there.
Apart from standard AirBnB deals and hotels, there are many other options for accommodation in Czech Republic. To mention few: guest houses, holiday homes (cabins), camping, and, are you ready for this?…a beer spa. Yes, you read that right, you can go to a spa and instead soaking in mineral water, you soak in nice Pilzner beer (or whatever is on the ‘menu). And you can have few cold ones while doing it. They claim beer spa refreshes the skin, but we are not here to judge, as long as beer is involved! 🙂

More information on accommodation in Czechia.

But, in the end, everything is up to you and your budget and personal preferences. For budget (and young) travelers, there are plenty of cheap accommodation to choose from in Czech hostels

Czechia has sophisticated railway and bus routes to reach any part of country easily and to connect to neighboring countries. If you enjoy freedom and budget allows it, you can rent a car and move between cities with nice scenic routes in between.
In Prague, you can move around with trams, metro, buses or via taxi. Taxi is more expensive in Prague than in other cities, but overall it is very cheap comparing to some other European destinations.

More info about transport in Czechia.

Czechia`s food is hearty and can be high in calories (like many national cuisines from Central Europe), but it is very tasty and enjoyable especially when paired with nice local beer. We are not asking you to change your eating habit, but since you are there, here are some recommendation to try.
Tatarák, minced fresh beef mixed with egg yolk and served with spices. Unusual taste if you are having it for a first time, but it might become your favorite, easily; Koleno (literaly: ‘a knee”) is a pork knee, marinated in beer and herbs and cooked to perfection; Smažený sýr, basically grilled cheese, served with fries is great snack to be accompanied by nice pint of beer; Svíčková is real Czech dish, beef sirloin with cream sauce, spiced with black pepper, and many more.
From ‘lighter` food, there are two salads: Cucumbers in Sour Cream and Sopsky salad, similar to Greek salad, but simpler.
And from sweet part, there is Palačinky, thin pancakes (or crepes), served with whipped cream, ice cream, nuts or jam.

More info about food in Czechia. 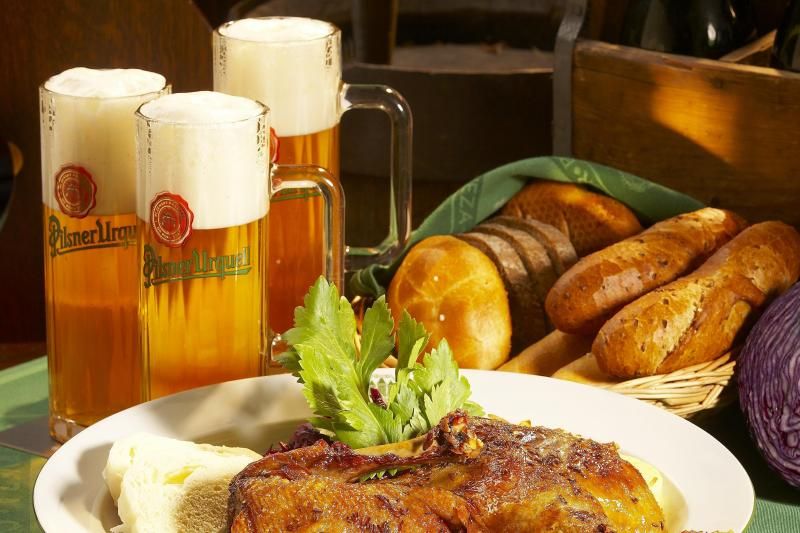 How safe is Czechia for tourists and to move around?
Czechia is very safe, it ranks very high on a global safety index. Tourist areas are generally safe, both for single tourists, groups or families, but extra caution for pickpocketers is always advised.

More info about safety in Czechia can be fund here.

More info about weather in Czechia.

Best time for the year is in the spring or in the fall (autumn), due to nice weather and less tourists. If you wish to visit during summer, weather might be unpredictable, with periods of hot weather or summer showers. During winter can be really cold and packed with group tours from neighboring countries, especially during Christmas and New Years` time.

More tips on when to visit Czechia.

Czechia supposed to join Euro zone, but maintained their own currency – Koruna (Crown). Many shops and restaurant accept payment in other currencies, but change will be in Korunas and exchange rate might not be favourable. Major credit cards are accepted almost everywhere, but please do check card charges from your bank in foreign countries before the trip. It is always good to have some cash on you, especially when leaving a tip in the restaurant or for taxi ride.
Also, please pay attention in restaurants, prices might look very low and this is due to the fact that taxes and services charges are not included so final prices might be double!
There are ATMs and banks on every corner and cash withdrawals are in Euros with a fee. Major banks don`t charge ATM fees to foreigners, but privately operated ATMs may sometimes charge high fees. However, machine should warn you about the charge so you have a choice to cancel the transaction before committing to it.

More info about money, banks and ATMs in Czechia.

There are plenty of landmarks and attractions to see in Czechia, so we are going t list only most popular ones: 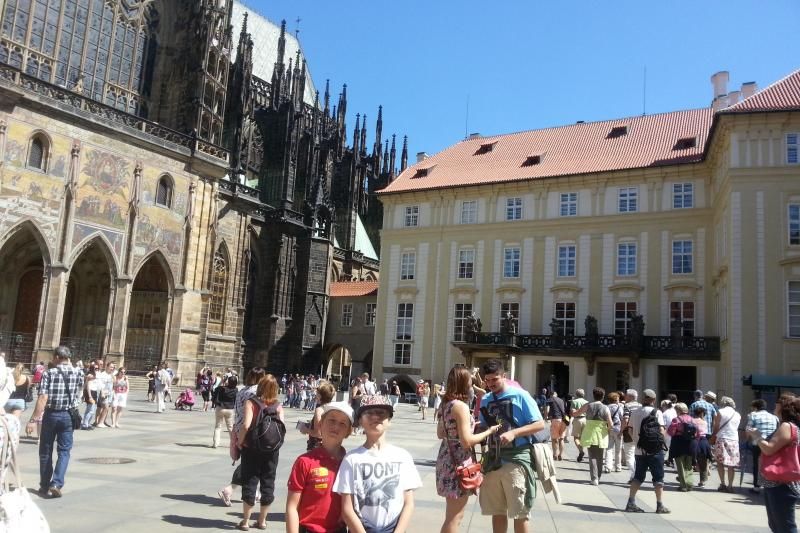 Malá Strana. Also known as Lesser Town, this medieval part of Prague lies on a hillside area below Prague Castle. Several palaces, churches and museums can be found there.

Old Town Square. Landmark square in the old town, dating back from 10th century and lined up by many gothic buildings. 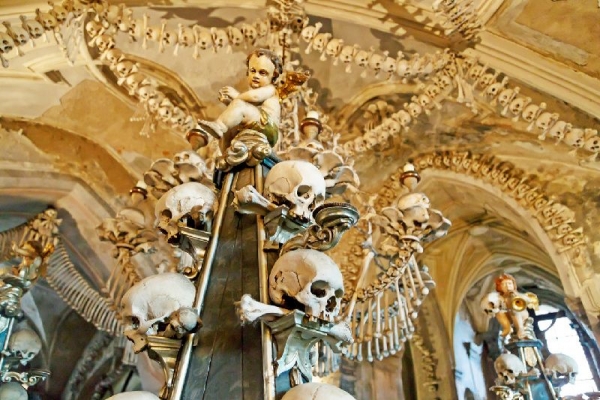 Karlštejn. About 30 kilometers southwest from Prague, this famous 14th century Gothic castle and fortress hosts royal treasures, paintings and portraits and it is most visited castle in Czech Republic. 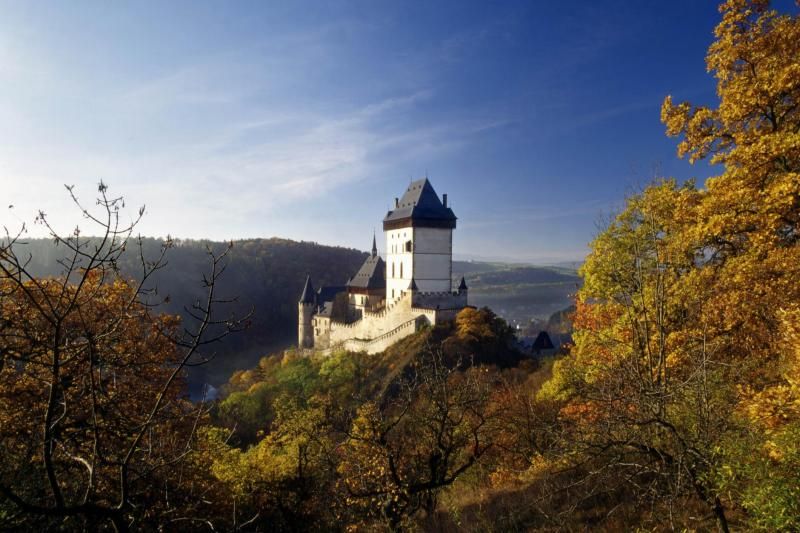 Powder Tower. Located in Prague, this medieval tower gate was a city gate dividing Old and New Town. Used for ceremonial coronation processions of Czech kings in the past.

Golden Lane. A street located in Prague Castle complex. Built in the 16th century, and housed King`s castle guards, but took name from the goldsmiths that lived on the street.

Bohemian Switzerland. Also known as Czech Switzerland, this national park was founded in year 2000 and it is known for sandstone rock formations, wild valleys and frozen waterfalls. 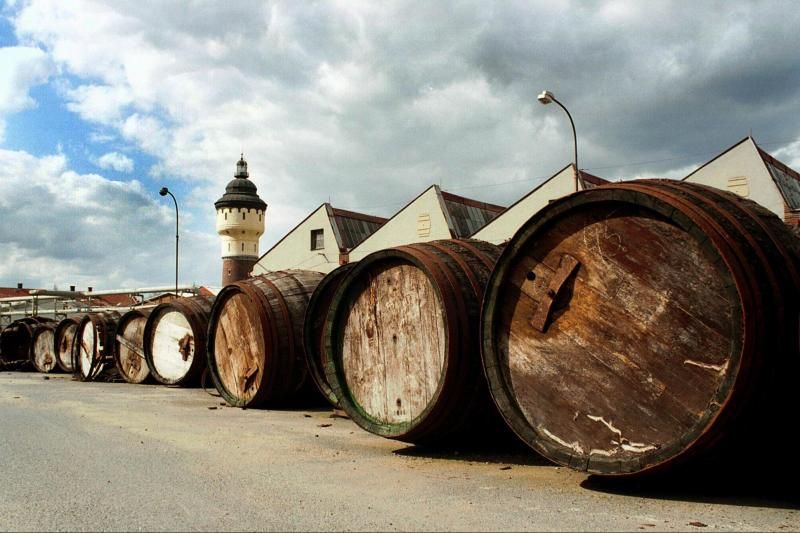 Lennon Wall. Since 1980, this graffiti covered wall inspired by Lennon became famous not only for The Beatles member tributes, but for politically charged messages during communist time in former Czechoslovakia.

Old Jewish Cemetery. Dating from 15th century, this cemetery is located in Josefov district of Prague. Home to around 12,000 tombstones and many more burials, it is a fascinating historical site. 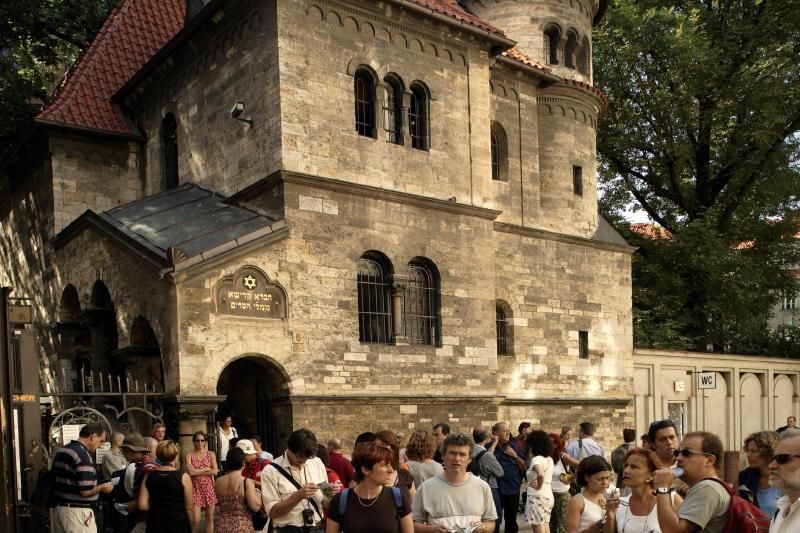 Hluboká Castle. Located in Hluboká nad Vltavou, in the south of Czech Republic, this royal castle was built in 13th century and it is considered as most beautiful castle in the country.

Prague Zoo. Founded in 1931, this zoo features around 650 species, including hippos, elephants, orangutans and Komodo dragons.

Church of Our Lady before Týn. Built in 14th century, this Gothic church with high towers is one of the most recognizable landmarks of the Old Town in Prague.

Moravian Karst. Nature reserve with more than 1000 caces and caverns in the area of about 90 sq. km. Featuring Neanderthal cave carvings. 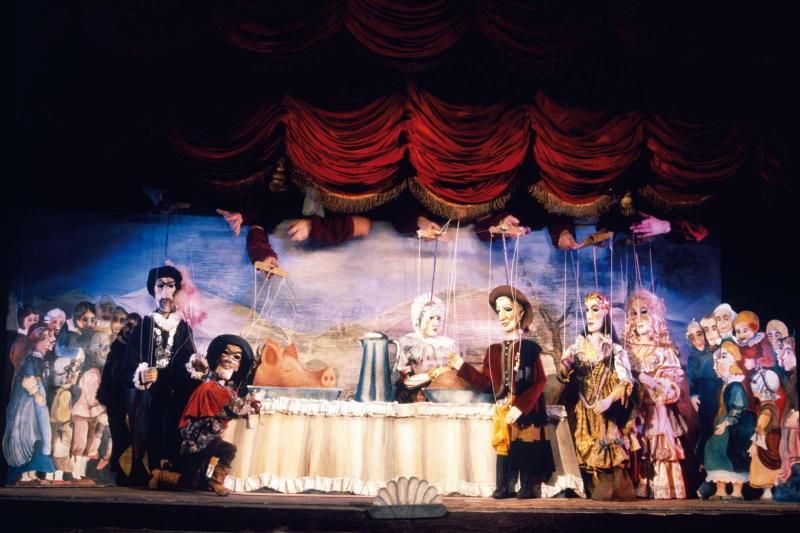 Šumava National Park. Nested alongside German border, this protected range of forested mountains is a national park popular for hiking and cycling trails and paths

St. Barbara’s Church. Roman Catholic church in Kutná Hora. Built in Gothic style with cathedral like construction, this amazing church was originally founded in 14th century, but completed only in early 20th century due to turbulent times and frequent wars. 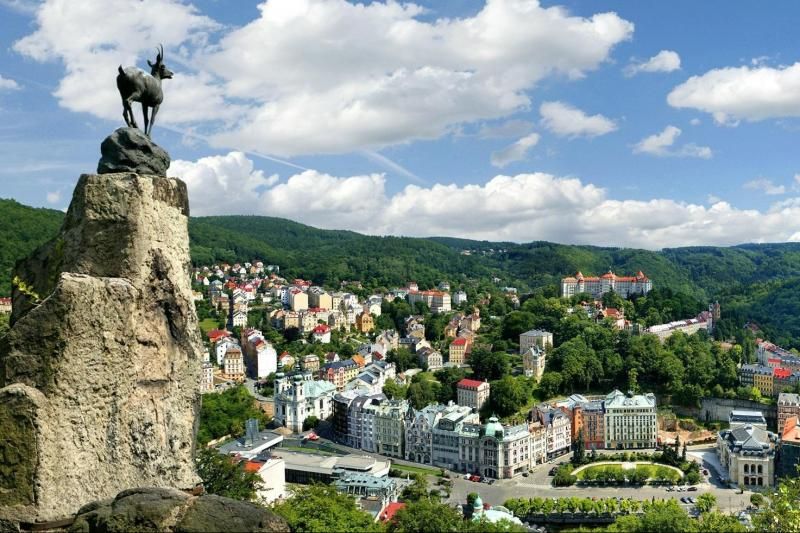 St. Nicholas Church. Built in first half of 18th century, on the remnants of 13th century church in Malá Strana area in Prague. It was used as an observation and surveillance point of security forces during communist times.

Old Royal Palace. Built in 12th century, this Gothic and Renaissance palace features grand royal hall, used in the past for inaugurations and other royal events.

Wallenstein Palace. A 17th century built, this Baroque palace was designed as a residence for Imperial Generalissimo Albrecht von Wallenstein and is now a home to the Czech Senate. Features  geometric gardens and opulent and ornate interiors.

Czech Republic is a country with highest consumption of beer per capita (we can understand this, Czech beer is awesome!).

There are over 2,000 castles and castle ruins in the Czech Republic.

Czechs are one of the least religious nation in the world, only 11-19% consider themselves religious.

We hope you enjoyed reading about Czechia (Czech Republic)!

Offers for trips, hotels and flights to Czechia. Prague: A fairy tale city in the heart of Europe

Why Winter City Breaks Are Best