Vienna, Austria’s capital, is one of the places that will charm you on a first sight and will compel you to come back to it to discover more. Elegantly seated on the banks of river Danube, this ancient city is alive with art, music and historical sites.

Vienna streets were once paced by geniuses such as Mozart, Beethoven and Sigmund Freud and legacy of these and many other masters is still felt and maintained throughout numerous museums and historical buildings.

After strolling to city’s many landmarks, you can always stop at the restaurant for a coffee and one of famous Austrian desserts, such is Sachertorte, so you can have complete Vienna experience! 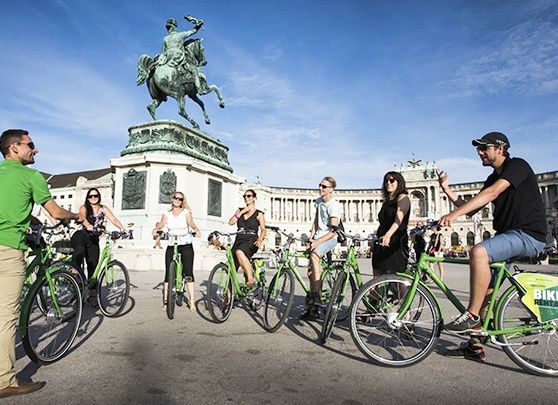 Rathaus. Vienna City Hall and the seat of local government, located on Rathausplatz in the Innere Stadt district. Built in 19th century in Neo-Gothic style. Schönbrunn Zoo. Also known as Vienna Zoo; this zoo is located on the grounds of the Schönbrunn Palace. It is a home for about 500 species of animals, including giant pandas, Siberian tigers and elephants. Founded in 18th century. Hundertwasser House. A unique apartment block with roof forest. Designed by artists, colourful apartment block is a green oasis in Vienna.

Albertina. Art museum housed in Habsburg palace, featuring largest graphical collection in the world, including Dürer’s “Hare” and Klimt’s studies of women. About 65,000 drawings and one million of old masters’ prints are housed there. Kunsthistorisches Museum Wien. Fine arts history museum in a palace. Decorated with lavish interiors and it is crowned with an octagonal dome. It hosts Habsburgs art collections and antiquities.

Leopold Museum. Located in the Museumsquartier in Vienna, this museum is home to one of Austria’s largest collections of modern art, featuring artists like Egon Schiele, Gustav Klimt, Oskar Kokoschka and Richard Gerstl. Stephansplatz. Famous square in Vienna, located in old town at the geographical centre of the city. It is named after St. Stephan Cathedral or Stephansdom, one of the tallest churches in the world. Austrian Parliament Building. Built in second half of 19th century, this monumental building hosts now two houses of Austrian parliament and it is rich in architectural features and artistic details. Guided tours are available through visitors’ centre. 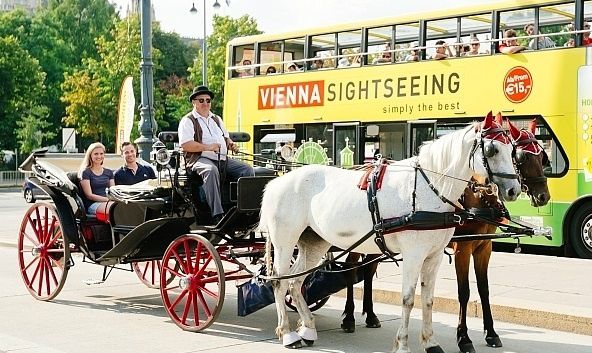 Top things to do in Vienna

Visiting top attractions listed above (and many more) is a must, numerous city’s museums and art galleries is also recommended, although you will need more than city break to do so as there are more than 100 museums!

You can tour Vienna with bike by yourself or with guided bike tour and this is fun activity for entre family. If traveling with children, there is a nice zoo next to Schönbrunn Palace and also horse riding school with elegant Lipizzaner stallions. 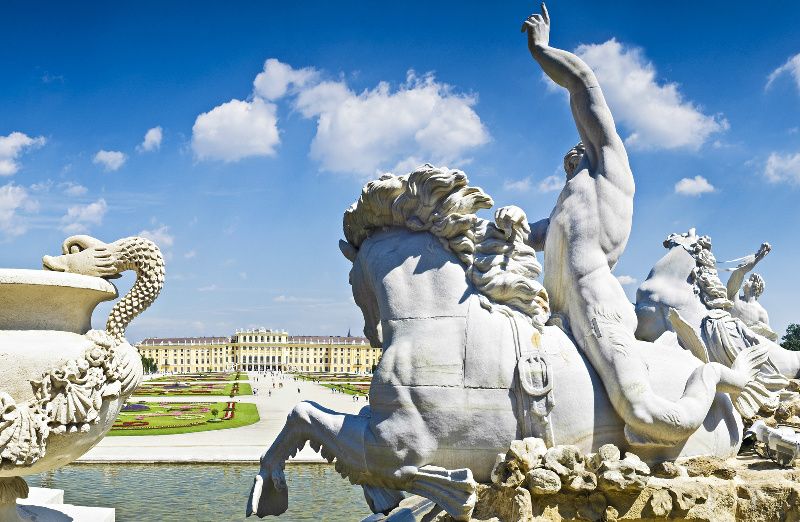 Festivals and events in Vienna

Vienna is famous for its festivals and events and first one starts on the very first day of the New Year – 1st January – World Famous New Year Concert, by Vienna Philharmonic Orchestra; 1st May celebrations in Prater; Wiener Festwochen (Vienna Festival) in May-June, Life Ball (June-summer), AIDS charity event, the biggest in the world; and many Christmas related events, such as Christmas markets and fairs. 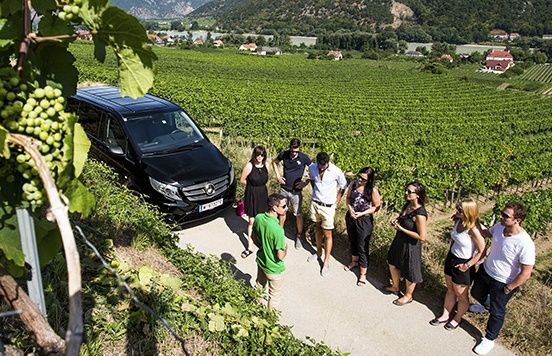 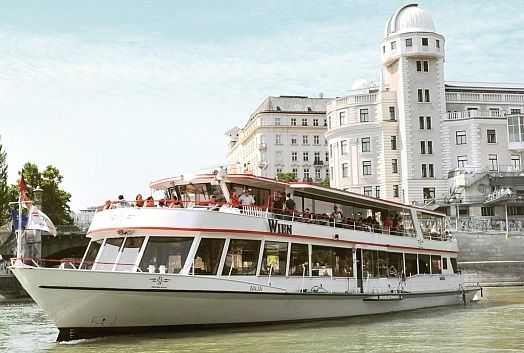 Best time to fly to Vienna

The peak season for flights to Vienna is January, April and December. The low season for purchasing tickets is February, June and September.

Vienna is served by Vienna International Airport (VIE). Direct flights to Vienna are offered by 48 airlines.