Venice: the city of art, culture and romance

Venice is a capital of Veneto region in Italy and it is located in a lagoon in the north Adriatic Sea. It was also the capital of Republic of Venice, sovereign state that was ruling the region from 7th until 18th century and stretched all the way to island of Cyprus in south east Mediterranean. It was a trade and commerce superpower that was focused also on finer things is life, thus becoming art and culture center of the world, keeping this legacy alive until present days.

What was specifically strategic location in enclosed lagoon in middle ages, nowadays is a fairy tale like place with palaces, museums and cathedrals spread over more than a hundred small islands and intersected with canals filled with small boats and gondolas, maintaining the charm of the city as it was 600 years ago. It is no surprise that Venice is top destination for romantic city breaks and for art and culture lovers from around the world. Even so that locals are starting to dread too many tourists and are not really happy with overcrowded city landmarks. 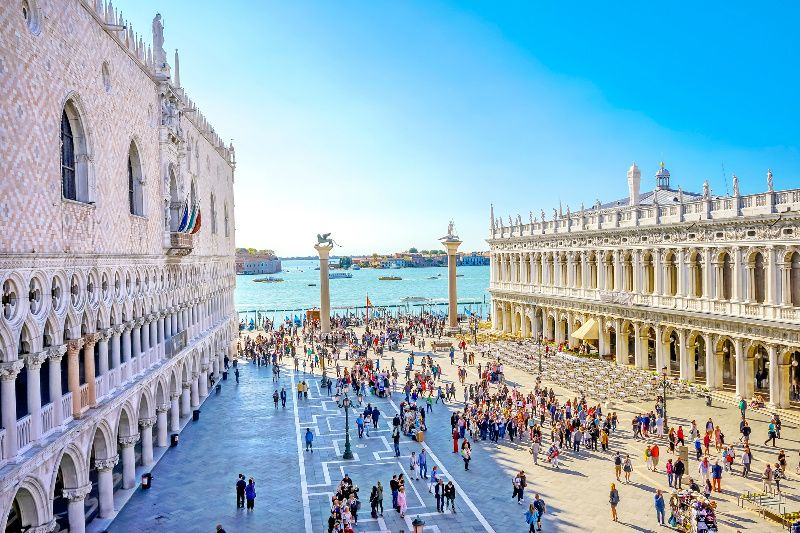 St. Mark’s Square. The main public square of Venice with many landmarks. Favorite tourist hangout and photo opportunity area. Saint Mark’s Basilica. Iconic church cathedral with gilded domes, located on the St. Mark’s Square. Featuring opulent interior, myriad mosaics and a museum. Doge’s Palace. Locally called Palazzo Ducale (Ducal Palace, Palace of the Duke), is a massive palace complex next to St. Mark’s Square and on a Venice canal, with ornate rooms, art and secret passageways. Offering guided tours and a museum. Rialto Bridge. A 12th century built, ornate covered footbridge over the Grand Canal in Venice, with shops and restaurants. Grand Canal. A water channel in Venice, a major water traffic corridors in the city. Popular with tourist to ride on boats and see city landmarks from the water view. Bridge of Sighs. Iconic enclosed bridge made of white limestones, used in the past to transfer prisoners between a prison and Palazzo Ducale. 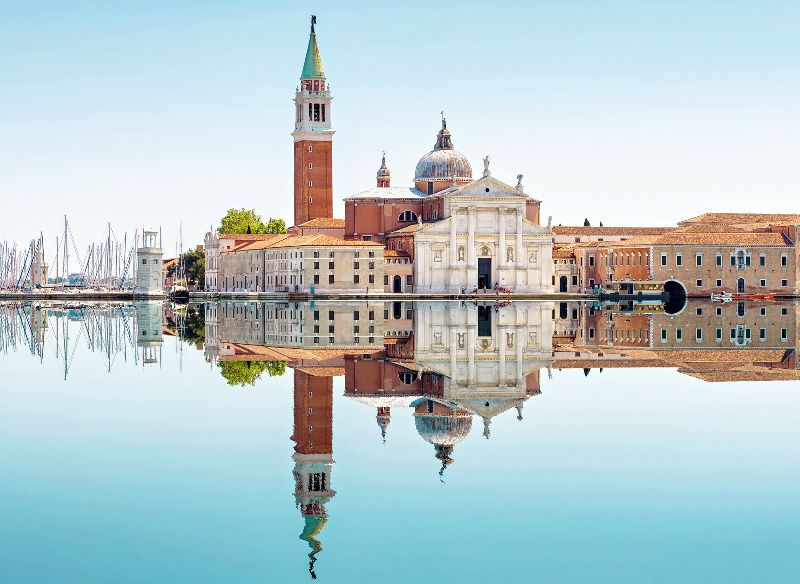 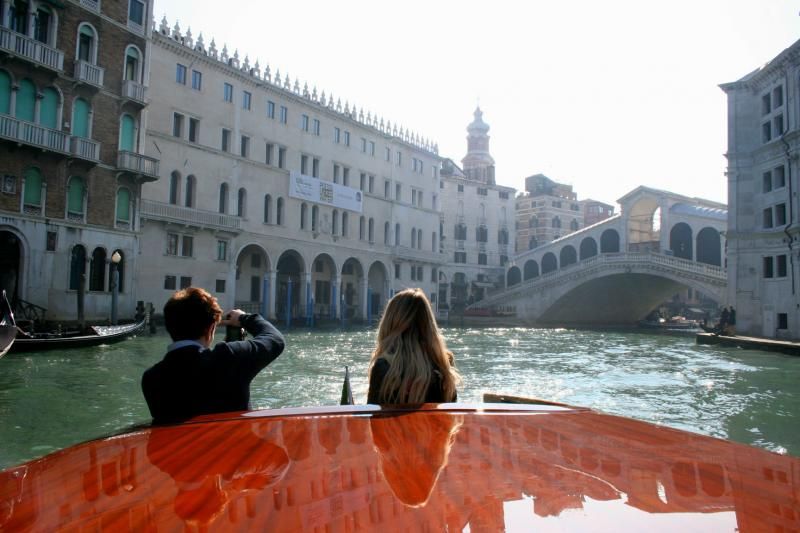 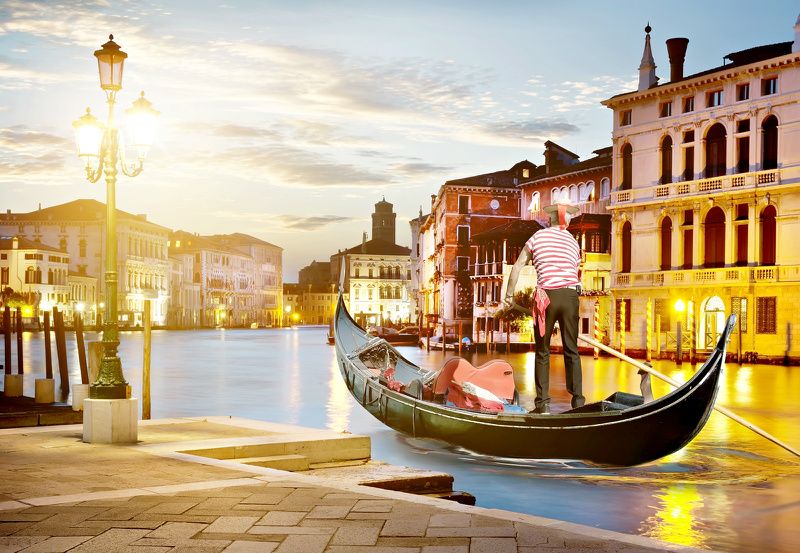 Basilica di Santa Maria della Salute. Iconic 17th century waterside church with large cupola. Built in baroque design, this church has a unique octagonal design and is home to twelve works by Titian. Peggy Guggenheim Collection. Modern art museum in an 18th century waterside palace. Featuring works from 20th century artists from the US and Europe and an interior sculpture garden. Teatro la Fenice. Opera, ballet and concerts venue in a renowned 1,000-seat theater, rebuilt after a fire in a 19th century style. One of the most important landmark in Italian art and culture.

Venetian Lagoon. Enclosed bay, home to Venice city and the islands. Most notable islands are Murano, Burano and Torcello. Ca’ d’Oro. Iconic waterside palace and art museum located on the Grand Canal. Referred to locally as Palazzo Santa Sofia, it is a home to the Franchetti gallery of Renaissance art. Giudecca. Elongated island running alongside Venice main land on the south. Relaxed area with popular hip eateries and bars with a promenade with a view to the lagoon.

Museo Correr. Opulent museum building on the St. Mark’s Square, featuring art pieces and antiquities dating back to the 13th century. Donated to the city of Venice by Teodoro Correr in 1830. St Mark’s Clocktower. Renaissance tower with mechanical clock located on the St. Mark’s square. One of the recognizable landmarks of the square and Venice in general. Museum of Glass. Museum showcasing artistry in glass producing and craft of delicate glassmaking. Located in Murano Island. 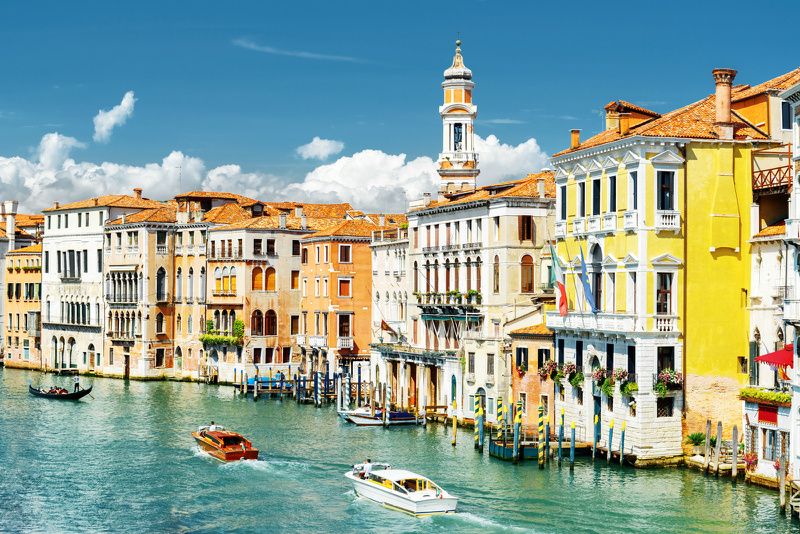 Top things to do in Venice

There are plenty of attractions in Venice to visit and we listed just a small fraction of them. In order to visit all the landmarks, museums and art galleries, you will probably need more than a week time.

But if you have more time for Venice and your budget is good, we can recommend several other things to do in Venice and the area. There are few day trips that can be done easily from Venice, such as Verona, famous place or Romeo and Juliet play, Dolomites Mountains, breathtaking scenery with picturesque villages or quick visit to Rome with high speed train. 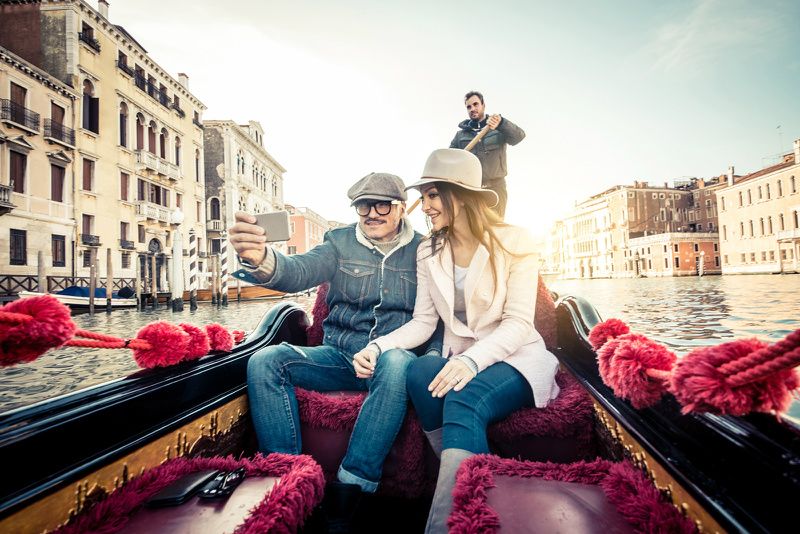 Festivals and events in Venice

Venice has very active festival and art scene, especially in summer, but the biggest event and globally known is famous Carnival of Venice held every February. Here are some top recommendations: 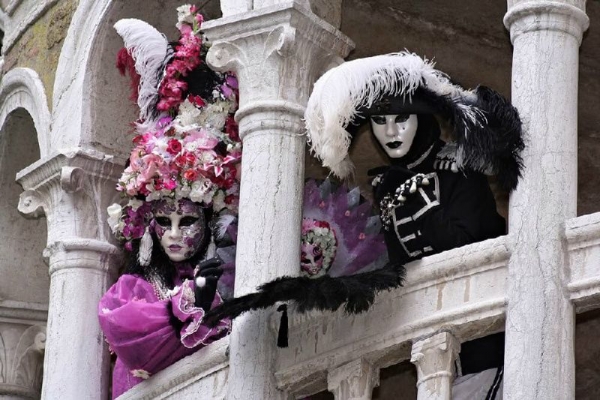 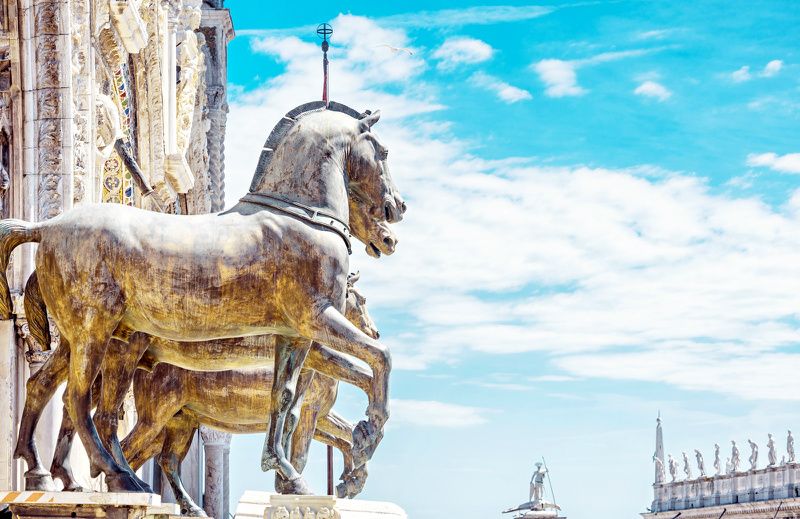 Best time to fly to Venice

The peak season for flights to Venice is June, July and August. The low season for purchasing tickets is February, March and December.

Venice is served by these airports: Venice Marco Polo Airport (VCE) and Treviso Airport (TSF).  Direct flights to Venice are offered by 29 airlines.