Home>Blog>City spotlight>Vancouver: great food and weather (except for the rain), cycling friendly

Vancouver: great food and weather (except for the rain), cycling friendly

Vancouver, the largest city in British Columbia is Canada’s busy port metropolis with many things to offer to its visitors. And visitors are plenty – over 10 million visited Vancouver in 2017 alone. Tourist love Vancouver because of great combination of urban and outdoors, great food, diverse culture and many globally known attractions.

Vancouver has placed itself on a map recently few times: first when hosting 2010 Winter Olympics and in 2017, when it was voted the third best city in the world to live in. For regular tourists, these two facts might not mean a lot, but city that managed to host such a global event as Winter Olympics and it is voted as favorite place to live definitely knows how to welcome people.

City has many green spaces, largest being Stanly Park, with more than 1,000 acres of forests, hiking trails, playground, pools and famous Vancouver Aquarium. City center has many diverse areas, such as Chinatown and Punjabi Market and historic Gastown with unique, steam clock. Entire city is covered with bicycle lines that makes easy for locals and tourists to reach destinations easily, despite sometimes very busy traffic. 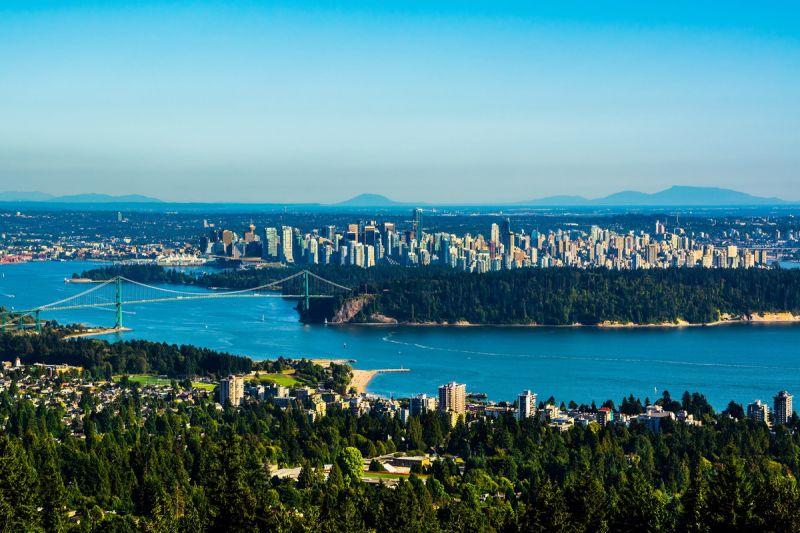 Vancouver Aquarium. Located in Stanley Park, this large aquarium is not only tourist and family friendly attraction, but also center of marine research. Canada Place. Located in the downtown harbor front in Vancouver, this iconic complex hosting convention center and ferry terminal is famous for being a shape of a ship and it is popular tourist destination. English Bay. Ocean inlet in Vancouver with a recreational beach. Hosting annual fireworks competition. 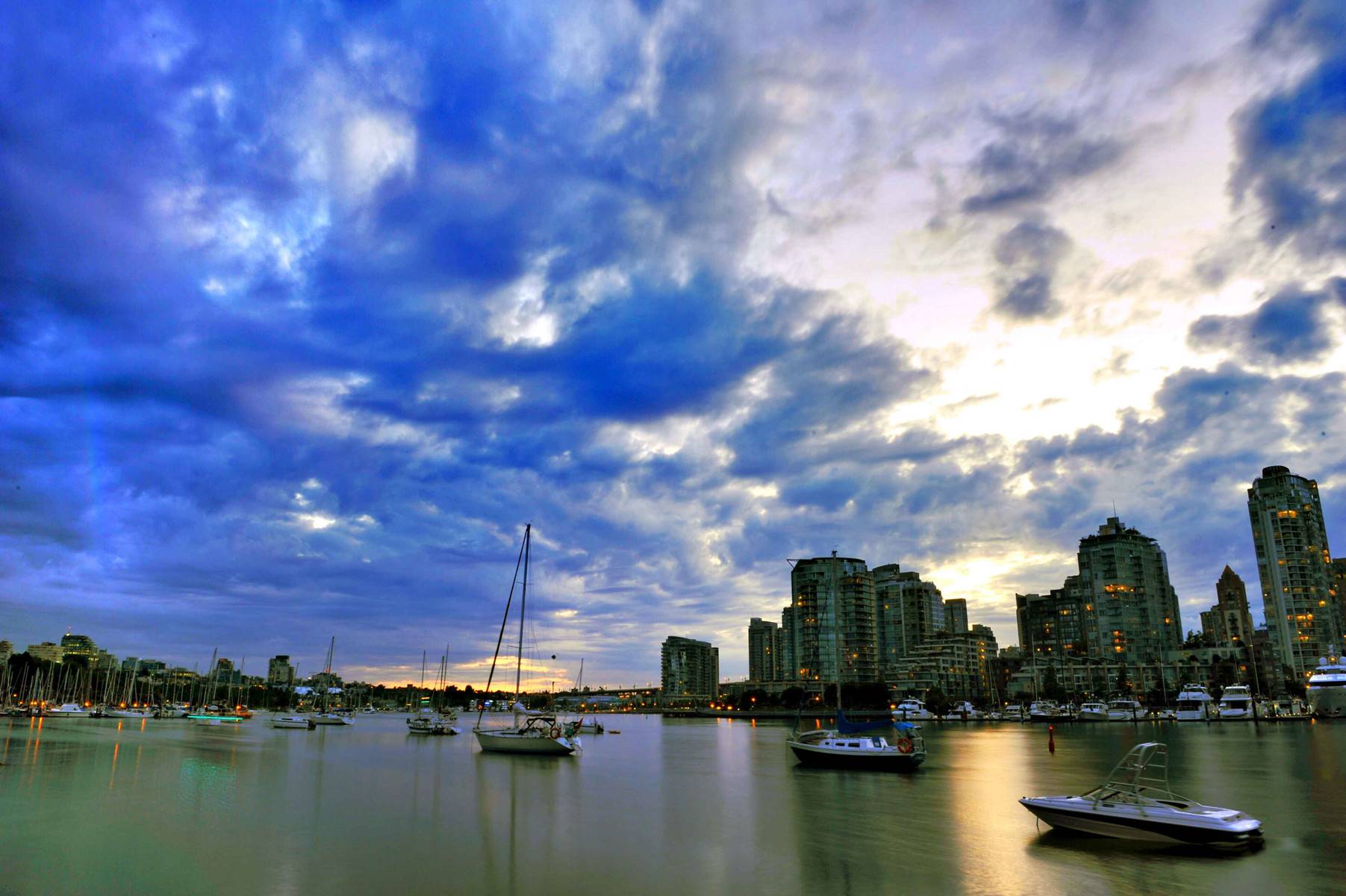 Dr. Sun Yat-Sen Classical Chinese Garden. The first Chinese garden built outside of China, located in Chinatown of Vancouver. Publicly available park with a garden arranged by Taoist principles admissible for a fee. Vancouver Art Gallery. The fifth by its size in Canada and the largest one in west side of the country, this gallery is famous for its touring exhibits and many works by local artists. Robson Street. One of the oldest commercial streets in Vancouver, stretching from BC Place Stadium to Stanley Park, Robson Street is main commercial thoroughfare and popular shopping and entertainment area. 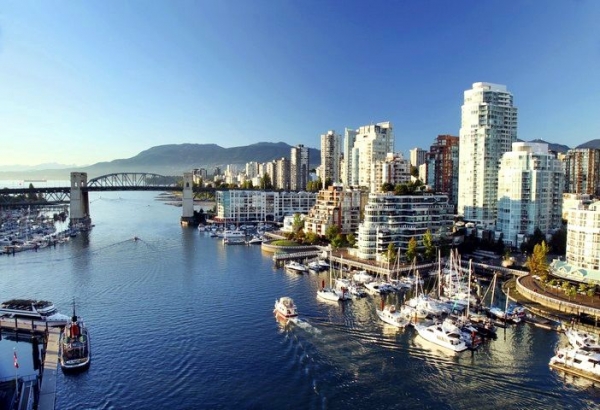 Lynn Canyon Park. It started as a small park when it was opened in 1912 and grew from 12 acres to more than 615 acres today. Offering hiking trails, suspension bridge and swimming holes. Museum of Anthropology. Located on the campus of University of British Colombia, this museum exhibits large collection of artworks from around the world and Northwest Coast First Nations. Seawall. A stone wall encircling Stanley Park, originally built to prevent the erosion, now very popular with a path for walking, cycling and skating.

Chinatown. Popular district in Vancouver, featuring traditional Asian bakeries, restaurant and old fashion pharmacies. There are also traditional grocery shops and modern cocktail bars. False Creek. Ocean inlet in the middle of Vancouver, separating downtown from the rest of the city. Popular with boating, there are 10 marinas hosting more than 1,500 watercrafts. Not suitable for swimming and similar water sports. Cypress Mountain. Just 30 minutes ride from Vancouver, this massive ski resort offers year around activities, from skiing, snowboarding and snowshoeing in winter to hiking and biking during summer.

Yaletown. Located downtown, this area was originally hosting warehouses and now it is popular with eateries, cocktail bars and indie and high end shopping boutiques. Lynn Canyon Suspension Bridge. A 50 meter high suspension bridge in Lynn Canyon Park. Open for pedestrians and offering scenic views of the area. Gastown Vancouver Steam Clock. Built in 1977, this iconic and unique clock is running on steam and sounds a whistle to tell the time. 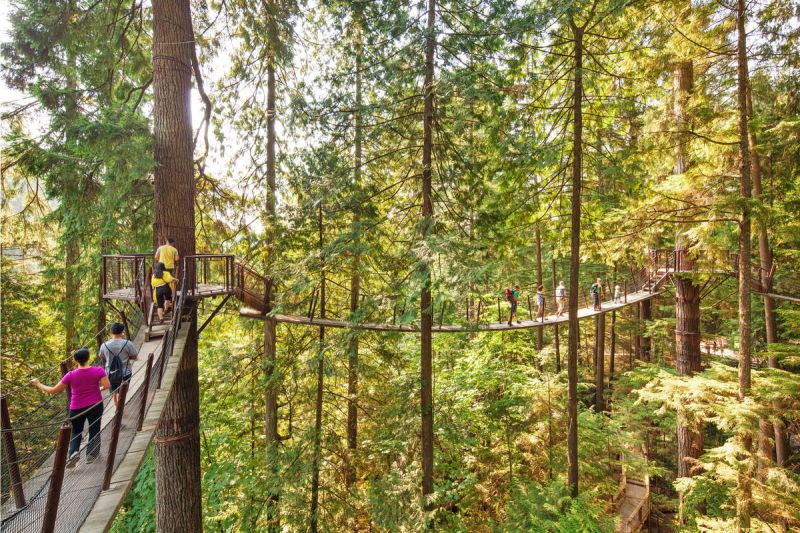 From other attractions we recommend: Lions Gate Bridge, Harbour Centre and Science World at TELUS World of Science.

Top things to do in Vancouver

We have listed about 20-25 top attractions in Vancouver that would keep you busy for a week or so, but if you have more time and your budget permits it, we also recommend: Private city to sky tour, Private Whistler & Waterfalls Day Trip, Vancouver Island, Tofino, Whale Watching Tour and more. 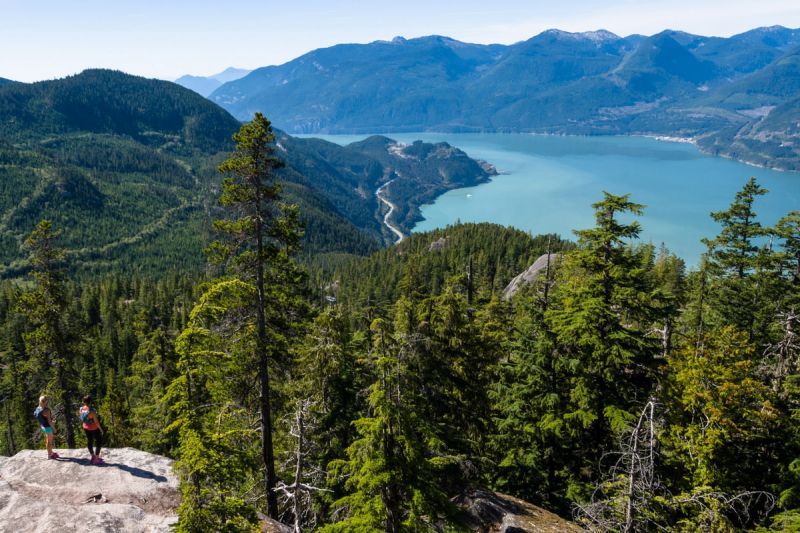 Festivals and events in Vancouver

Vancouver has very lively festival and events schedule throughout a year. Here are some of them. 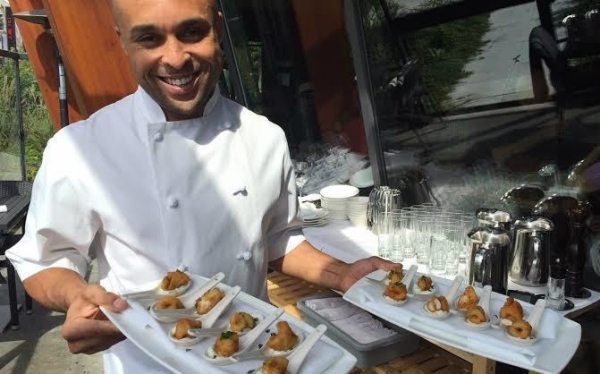 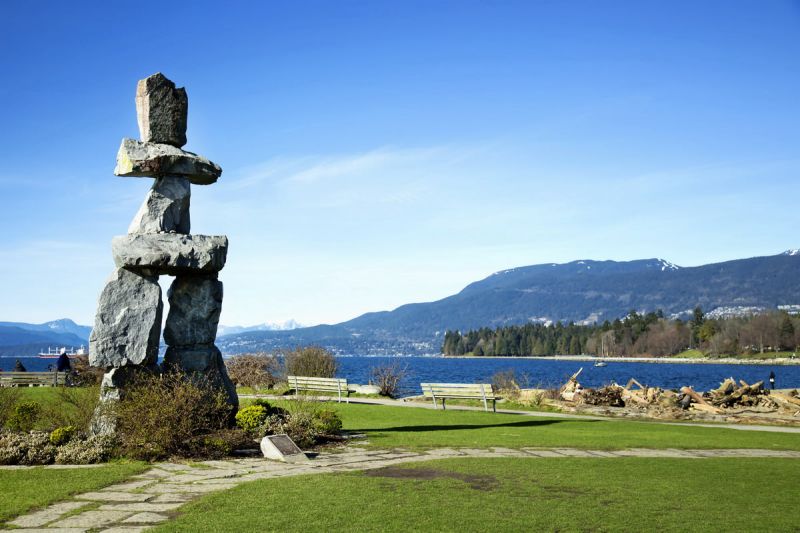 Best time to fly to Vancouver

The peak season for flights to Vancouver is June, July and August. The low season for purchasing tickets is February, April and November.