Tokyo is Japan’s vast and prosperous capital, as well as its main city, filled with art, dynamic commerce, and lively population, most of all. As the world’s most densely populated urban city, Tokyo is a fascinating and diverse metropolis combining foreign influences, consumer culture and global business with the remnants of Japan’s capital from the old times. This city reflects the whole sweep of Japanese history and culture from new technology and gleaming skyscrapers to cherry blossoms and the Imperial Palace and historical temples.

The Asakusa district’s ancient and narrow streets encompass stores, women in traditional kimono robes, and the Sensō-ji Buddhist temple dating back from the 7th century. As a stark contrast, there are trendy nightclubs and karaoke bars in Roppongi and high-tech electronics shops in Akihabara. There are nice cozy pubs (‘izakaya’) scattered all over the city for every visitor’s liking. Tokyo is known for its lively and diverse food scene, and its districts of Shibuya and Harajuku are at the center of its fashionable youth culture of fashion. World famous Tokyo SkyTree tower provides stunning view of the city and its surrounding. 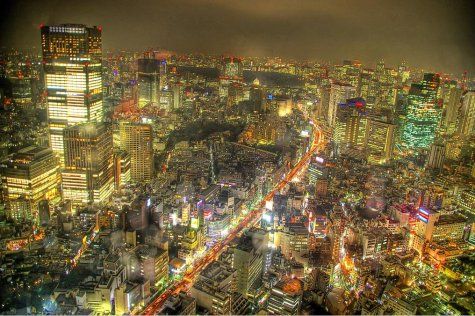 Tokyo Skytree. The tallest structure in Japan, this communication and observation tower is standing at the height of 634 meters. Located in Tokyo, it offers panoramic city views. Sensō-ji. Iconic, historic temple dating back from 7th century. Dedicated to the goddess of mercy, Kannon and located in Tokyo. Tokyo Tower. Famous tower in Tokyo, resembling more famous Eiffel Tower in Paris. Standing at 333-meter height, it offers city views and other attractions.

Meiji Jingu. Famous Shinto shrine with a garden, located in Shibuya City, west Tokyo. It is dedicated to the deified spirits of Emperor Meiji and his wife and surrounded by forest. Odaiba. Entertainment hub with high-tech attractions, located in Tokyo Bay. Accessible via the Rainbow Bridge or the futuristic Yurikamome train. Imperial Palace. The primary residence of the Emperor of Japan, current Imperial Palace (Kōkyo) is located on the former site of Edo Castle, a large park area in the center of Tokyo, surrounded by moats and massive stone walls, a short walk from Tokyo Station. 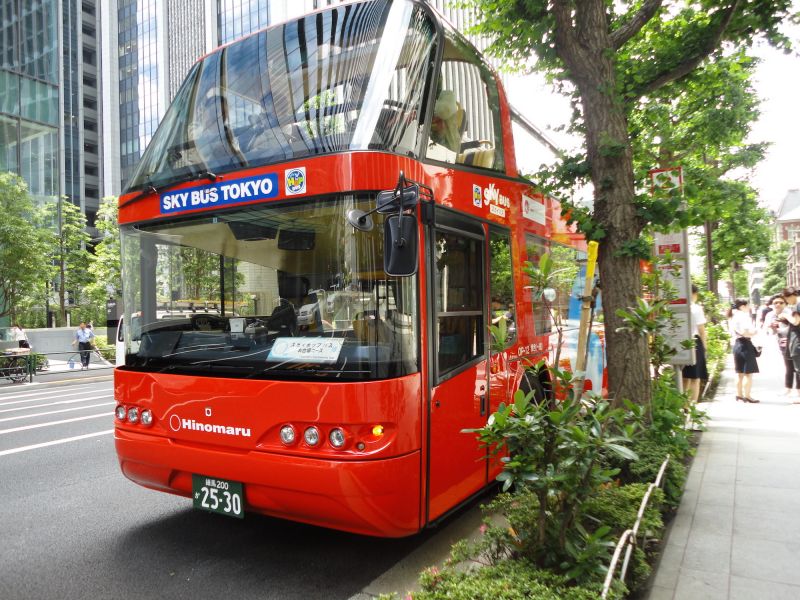 Tokyo Disneyland. Tokyo Disneyland is a theme park based on Walt Disney’s movies. It was the first Disney theme park opened outside of the US. Modelled after California’s Disneyland and Florida’s Magic Kingdom, Tokyo Disneyland consists of seven theme parks with seasonal decorations and parades. Tsukiji Market. Sprawling fish market with an array of seafood and viewing areas for a popular tuna auction in Tokyo. Shinjuku Gyoen National Garden. One of the most popular and largest parks in Tokyo. Just a short walk from Shinjuku Station, the spacious lawns of the paid park, meandering walking trails and quiet scenery provide a relaxing escape from the busy urban center around it.

Tokyo DisneySea. Large park with seven themed parts, inspired by the sea and Disney movies. Harajuku. Harajuku refers to the area surrounding Harajuku Station in Tokyo, situated on the Yamanote Line between Shinjuku and Shibuya. It is the hub of the most intense teen cultures and fashion trends in Japan, but it also offers adult shopping and some historic sights. Ueno Park. Ueno Park is a large public park located in central Tokyo next to Ueno Station. The park grounds were originally part of Kaneiji Temple, which during the Edo Period used to be one of the largest and richest temples in the city and a family temple of the ruling Tokugawa clan.

Yoyogi Park. One of the largest city parks in Tokyo, with large lawns, ponds and wooded areas. It’s a perfect place to practice jogging, picnics and other outdoor activities. Tokyo Disney Resort. Amusement park and toy story. The Tokyo Disney Resort is a theme park and holiday resort located just east of Tokyo in Urayasu. It is owned and operated by the Oriental Land Company. Roppongi. A Tokyo district well-known among foreigners as the most popular nightlife district in the region, offering many foreign-friendly bars, restaurants and nightclubs. 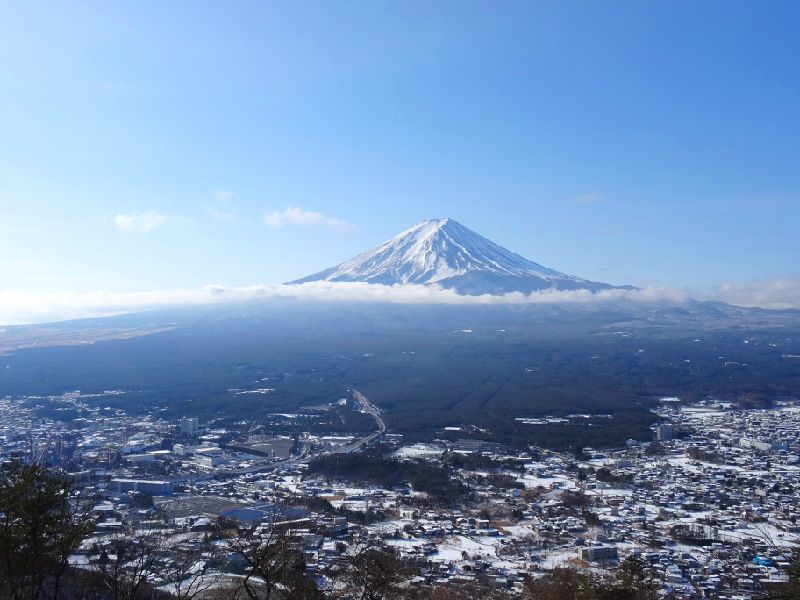 Top things to do in Tokyo

Tokyo is massive and dynamic city with many attractions to offer and it is worth exploring. It is also the main hub for further discovery of Japan as a whole and starting point for many exciting excursions and tours. We recommend Mt. Fuji excursion and fox village day tour.

If you prefer to stay in Tokyo, apart from all attractions listed above we can recommend Ninja experience show and various food tours. Tokyo is packed with festivals and events all year around and what is the best thing about them, most of them are free! Here are some top recommendations. 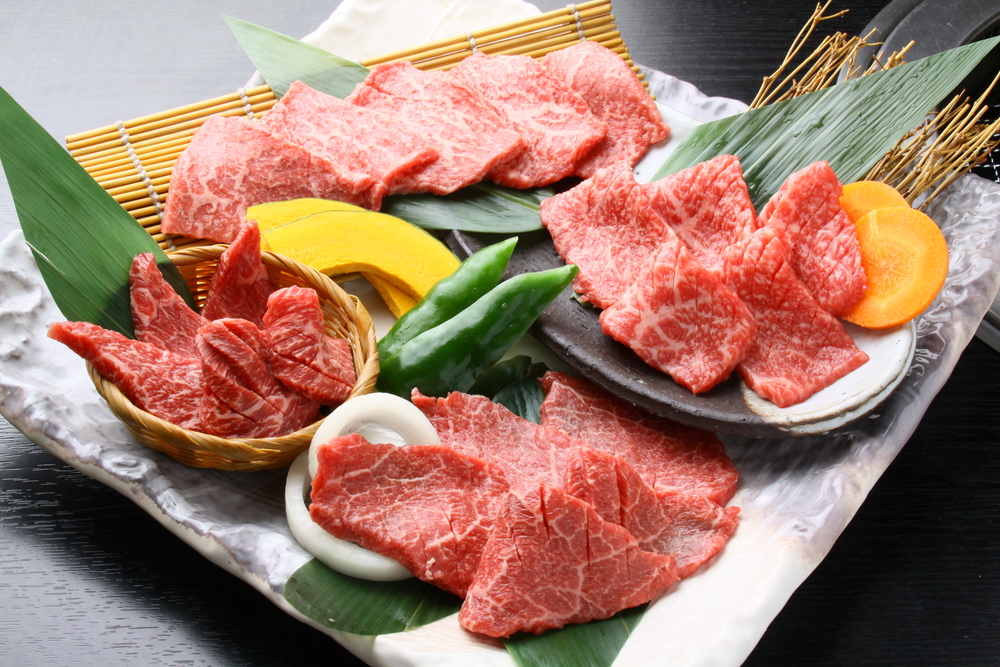 Best time to fly to Tokyo

​The peak season for flights to Tokyo is May, October and December. The low season for purchasing tickets is February, July and August.

Tokyo is served by these airports: Narita International Airport (NRT) and Haneda Airport (HND). Direct flights to Tokyo are offered by 71 airlines.​