Reykjavik, Iceland’s capital, is sitting on the island’s west coast. It’s Iceland’s largest city but comparing to other world capitals, Reykjavik is tiny. Despite its size, Reykjavik has lots to offer and it is also the main starting and ending point of exploration of Iceland. Popular ‘Golden Circle’ route starts in Reykjavik.

Hallgrimskirkja church is in a city center, as a unique landmark. National and Saga museums are next two landmarks to be visited and to learn about country’s Viking history. Perlan glass dome with planetarium offers high end dinning and stunning views of the sea and surroundings.

If you feel like relaxing spa, the geothermal Blue Lagoon spa, near the village of Grindavik is perfect for half day trip. Downtown offers high end shopping and flea market with local food, and lively night life scene late in the evening.

If you are in the city during October-April, head to the north for some Northern Lights spectacle. 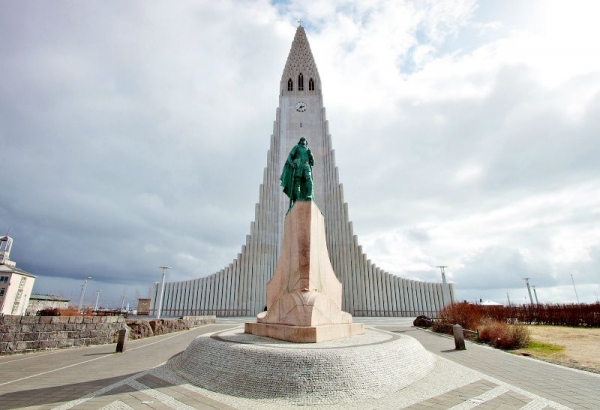 Hallgrímskirkja. Uniquely designed, modern cathedral with a 73 meter high tower. Located in the center of Reykjavik and named after Iceland’s famous poet and clergyman, Hallgrímur Pétursson. Golden Circle. Popular tourist route in southern Iceland, going in circle of about 300 kilometres looping and starting from Reykjavík. Area along route is famous for watching northern lights, geysers, glaciers and waterfalls. Perlan. Futuristic looking complex featuring planetarium, observation deck and a restaurant with cocktail bar. Originally, it was a cluster of water tanks that was converted in 1991.

Harpa. Modern architectural marvel, hosting national opera and symphony orchestra. One of the main Reykjavik landmarks. The Sun Voyager. A large, stainless-steel built sculpture of a boat by famous Jón Gunnar Árnason, located on the Sæbraut road in Reykjavík, next to the sea. Laugavegur. Main street in downtown Reykjavík, and one of the oldest shopping areas. The name means “wash road”, since it used to lead to the hot springs in Laugardalur where women were washing clothes.

Icelandic Phallological Museum. This is the only museum in the word of this kind – displaying of mammalian phallic specimens. There are more than 200 mammalian penises from animals from Iceland. Tjörnin. Small urban lake next to the City Hall in Reykjavik. Surrounded by walking paths and hosts ducks, geese and swans. National Museum of Iceland. Museum tracing Iceland’s history and culture since settlement times until present day. 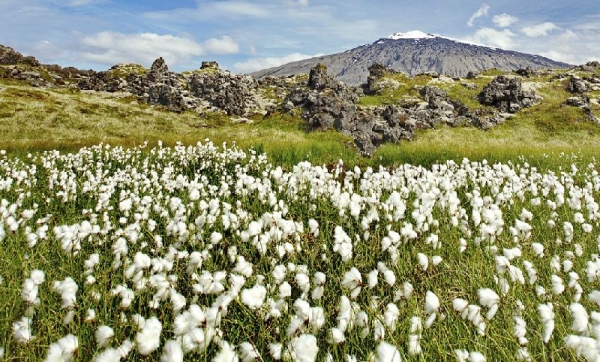 The Settlement Exhibition. An exhibition created by Reykjavik City Museum, cantered around excavation of earliest Viking houses in Iceland, dating back to 10th century. Viðey. Small island in the Kollafjörður Bay next to Reykjavik, featuring old church and open air art installations. Kolaportið. Located near city harbour, this large indoor flea market is very popular among locals to buy and sell used items and have some local food.

Árbæjarsafn. Located at the east outskirts of the city, this open air museum hosts old houses, farm and other buildings to recreate living conditions and culture of past times in Iceland. Reykjavík Town Hall. Located on the north shore of lake Tjörnin, this modern city hall is designed specifically to attract birds. It also serves as an art gallery and it features 3D map of Iceland. Grótta. A nature reserve on the very tip of the Seltjarnarnes Peninsula, just outside of Reykjavik. Featuring a lighthouse and scenic views of the area. 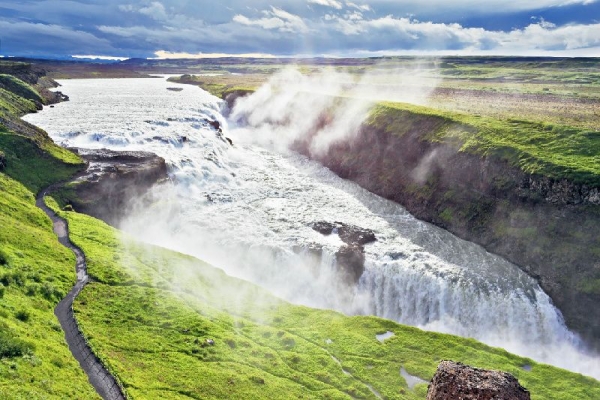 Reykjavik Art Museum. The largest art institution in Iceland located in three different buildings in Reykjavik. One of them is a former home of artist Ásmundur Sveinsson, where many of his sculptures are displayed. Imagine Peace Tower. Impressive stone monument dedicated to John Lennon, with light shining in a beam towards the sky, located on Viðey Island in Kollafjörður Bay next to Reykjavík. Designed by Yoko Ono. Nauthólsvík. Geothermal sandy beach just south of Reykjavik. Featuring lagoon with warm water, hot tubs and a snack bar. Very popular with locals.Reykjavík Maritime Museum. Museum of Icelandic seafaring history, located in a former fish factory. Featuring historic ships and various exhibits on local fishing industry. Saga Museum. History museum with many life size wax figures, depicting life from past times. Offering photo opportunity in Viking costumes for visitors. National Gallery of Iceland. Museum of contemporary Icelandic art, showcasing works of Icelandic and International artists from 19th and 20th century. 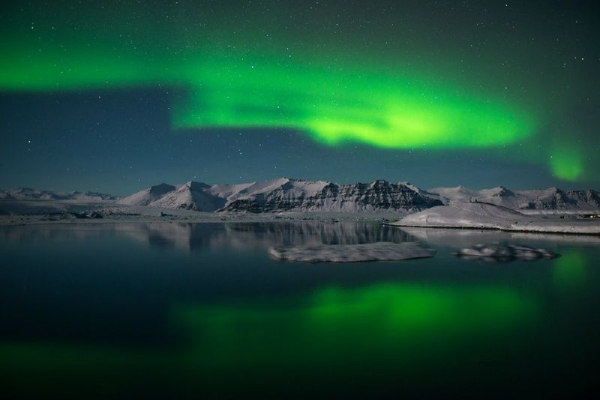 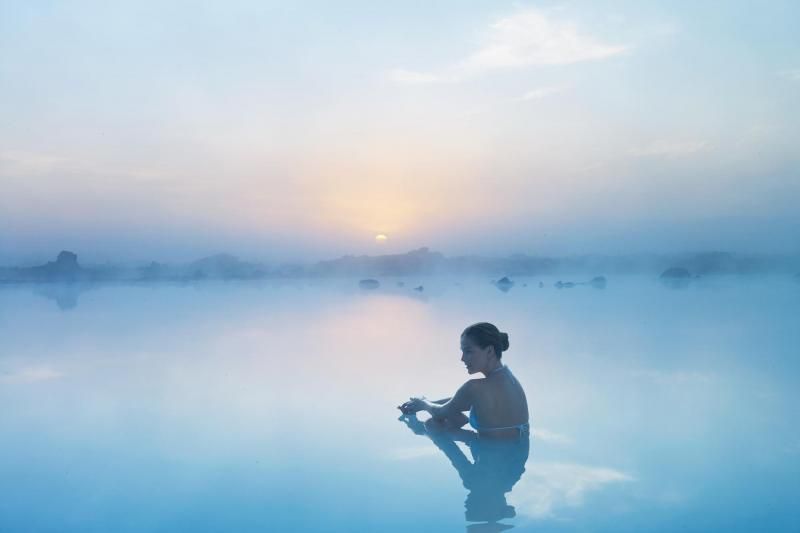 Top things to do in Reykjavik

We recommended just few attractions for Reykjavik and there are certainly more things to see. If your time and budget allows it, you should definitely visit all mentioned landmarks and try to do the tour around Golden Circle, as this will be quick preview of what Iceland can offer. There are also several short tours from Reykjavik, such as ATV Adventure and Northern Lights Tour, Jokulsarlon Glacier Lagoon Boat Tour or 3-Hour Lava Cave Tour.

If you are visiting during Christmas time there are several New Year bonfire and fireworks tours worth booking. 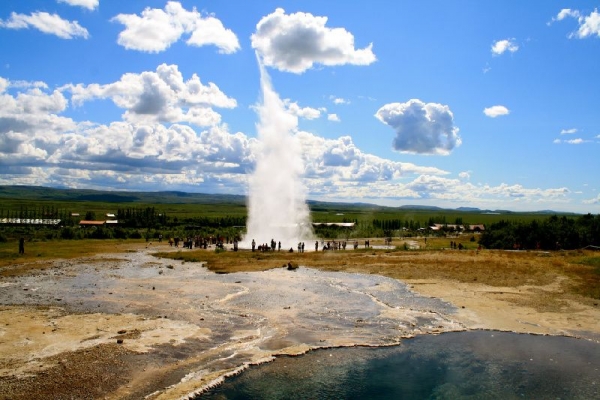 Festivals and events in Reykjavik 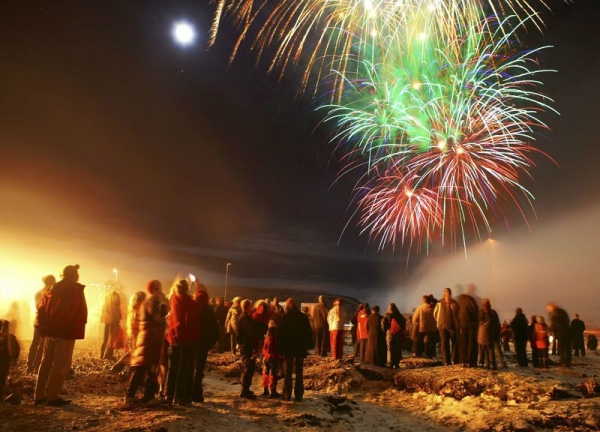 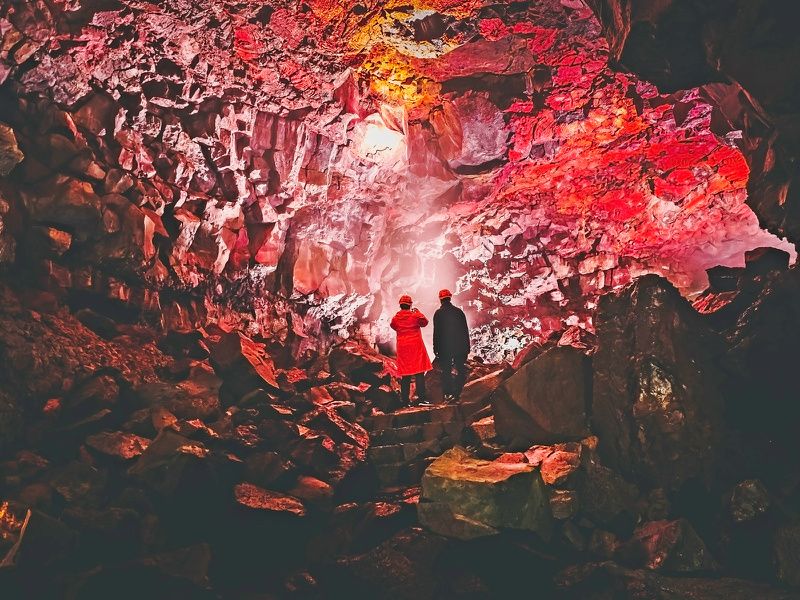 Best time to fly to Reykjavik

The peak season for flights to Reykjavik is June, July and August. The low season for purchasing tickets is February, April and November.

Reykjavik is served by Reykjavik-Keflavik International Airport (KEF). Direct flights to Reykjavik are offered by 10 airlines.