Honolulu, the capital of Hawaii, is nicknamed The Big Pineapple, which hints to New York’s Big Apple, but the origin of the name is related to Dole Pineapple company. The more you know. The name Honolulu is far more poetic and translates into ‘sheltered harbor’, which, once you see Honolulu makes much more sense.

The city is sitting on the south shore of Oahu Island, one of the eight main islands (out of total of 137) from Hawaii island chain, all of volacanic origins, located in the middle of North Pacific Ocean. Honolulu and the rest of Hawaii are very popular tourist destinations for all type of travellers: families, groups or honeymooners. The reason is simple: this is true tropical paradise with great nature and friendly locals. 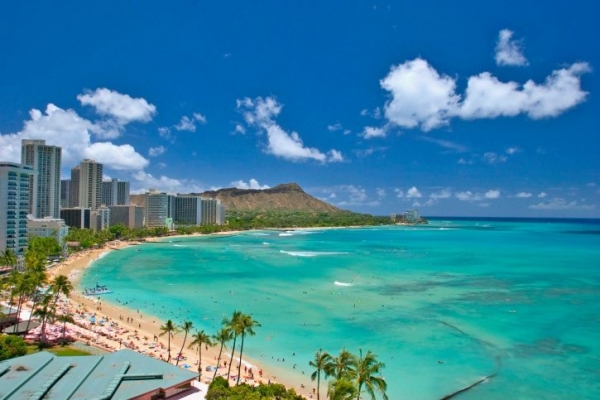 Indigenous culture of native Hawaiian people marks everyday life, culture and art of Honolulu and makes it unique and diverse US city. 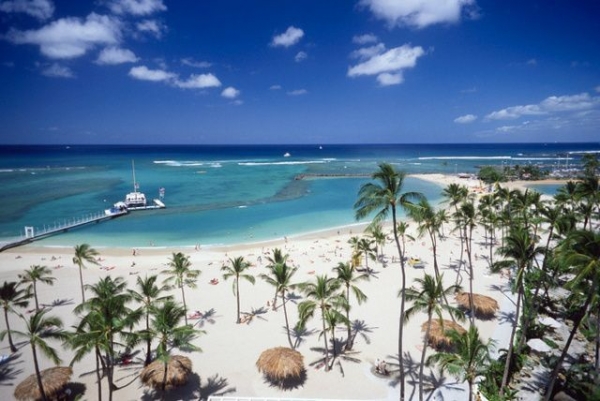 Bishop Museum. Polynesian culture and natural history museum, located in a historic Kalihi district of Honolulu. Features various exhibitions and a planetarium. Manoa Falls. Giant waterfall (150-foot tall), accessible by hiking trail, located in the north of Honolulu, surrounded by tropical vegetation. Koko Head. Located east from Honolulu, this headland is popular with hiking on a ‘Koko Head Stairs’ to enjoy scenic views from the top. There are over 1,000 steps to climb!

Nuʻuanu Pali. Popular observation point, located northeast from Honolulu. Featuring scenic panoramic views of a coastline. Kapiʻolani Regional Park. Seaside park with the view of Diamond Head. Popular destination for walks, volleyball, picnicking and canoeing. Waikiki Aquarium. Small aquarium, but with the long history, founded in 1904, it is the second oldest in the US. Featuring several exhibits. 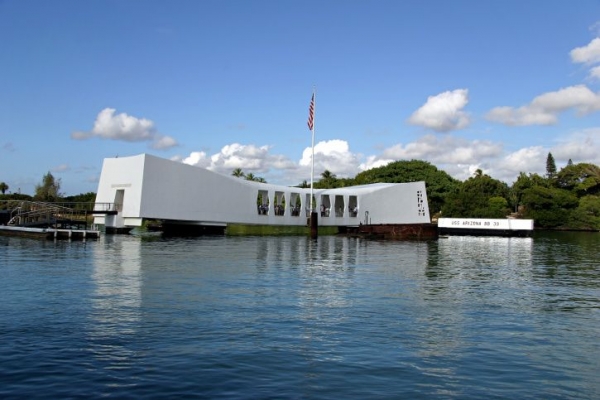 Sandy Beach. Popular beach on the south of O’ahu Island, offering bodyboarding and surfing as main activities. Sea Life Park Hawaii. Family friendly park, offering viewing of penguins, sea lion shows and even swimming with dolphins. Located in the southeast shore of O’ahu Island. National Memorial Cemetery of the Pacific. Historic military memorial and the graveyard, honoring serving service men and women and fallen veterans. The site is located in the volcanic crater and offers amazing views of the area. Top things to do in Honolulu

Apart from all attractions listed above, we also recommend to try Honolulu scavenger hunt adventure, where you will play a game and learn things about this beautiful city.

Honolulu and its island of O’ahu are quite small and can be explored in couple of days, but you can extend your visit to the rest of Hawaii islands and do some enjoyable island hopping and visit all eight major islands. 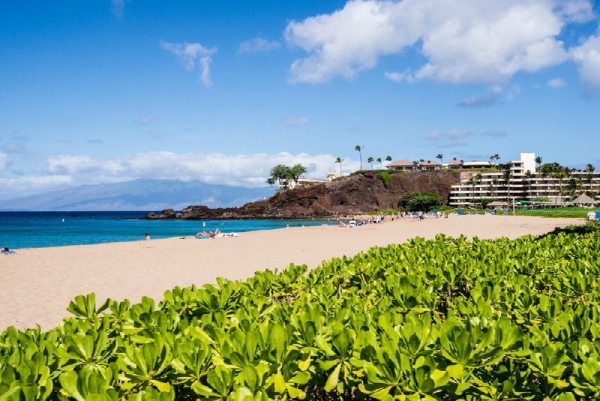 Festivals and events in Honolulu Best time to fly to Honolulu

The peak season for flights to Honolulu is April, August and December. The low season for purchasing tickets is March, October and November.

Honolulu is served by Honolulu International Airport (HNL).  Direct flights to Honolulu are offered by 23 airlines.