Berlin is a perfect mix of history, culture and modern, dynamic life events. Its turbulent history in 20th century through Second World War and later being divided during Cold War era left behind reminders such a Holocaust museum and Berlin Wall. Today, Berlin is a modern city with many things to offer, from culture, history, nightlife to vintage and high-end shopping.

Berlin attracts young people, students and a creative bohème like people and is one of the top tourist destination in the world when looking for history, art and cultural events.

Brandenburg Gate. This, 18th century neoclassical monument, located in Berlin, is an impressive archway sitting on built on twelve Doric columns with goddess statue on top. Built by Prussian king Frederick William II after establishing of order during Batavian Revolution. Reichstag building. Historic building in Berlin, originally constructed to house the Imperial Diet of the German Empire. It was opened in 1894 and housed the Diet until it was burned in 1933. Restored with an addition of glass dome and used as Parliament building since 1999. Museum Island. Also known as Museumsinse, is a northern half of an island in the Spree River in the central Mitte district of Berlin. Hosting several museums and a national gallery.

East Side Gallery. Open air gallery of graffiti painted on remains of Berlin Wall. About 118 artists collaborated on a project to celebrate wall’s destruction. Berlin Cathedral. Located on famous Museum Island, this 19th century elaborate cathedral hosts church organ with 7,000 pipes and royal tombs. Guided tours also witch visits to the dome for views of the city. Memorial to the Murdered Jews of Europe. Also known as the Holocaust Memorial, located in Berlin, consists of 2,711 columns commemorating Holocaust together with an underground exhibition room. 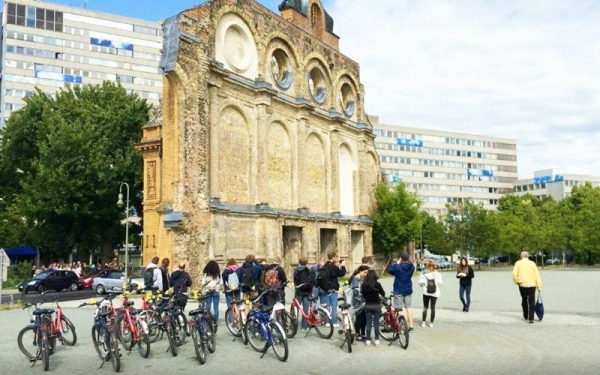 Alexanderplatz. Named after Russian Emperor Alexander during his visit to Berlin in 1805, was originally famous for main train station and market place. Nowadays it is pedestrian square hosting iconic 365 meter TV tower and World Clock. Checkpoint Charlie. A symbol of Cold war era, this former border crossing between West and East Germany stands as a reminder of terrible past of once divided Berlin. Preserved white sentry guard house and cobbled border line serve as a reminder of those times. Potsdamer Platz. Important historic square that was reborn when Berlin Wall was demolished in 1989. Nowadays is central to Berlin’s entertainment and it is hosting many restaurants and shops.

Berliner Fernsehturm. Iconic 368m-tall tower with viewing platform and revolving restaurant. Located in Berlin at famous Alexanderplatz. Opened in 1969. Pergamonmuseum. Museum complex hosting ancient Roman and Greek art collections, plus Babylonian and Persian antiquities. Located in Museum Island. Charlottenburg Palace. Also known as Schloss Charlottenburg, this is the largest palace in Berlin. Built at the end of 17th century, but expanded during 18th century, this palace has some lavish decoration in both baroque and rococo style. 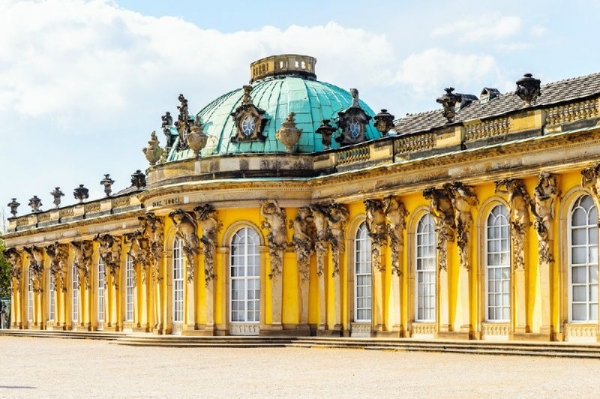 Gendarmenmarkt. Monumental, 18th century square and events space in Berlin. It is surrounded with impressive architecture and also famous for hosting an annual Christmas market and an ice rink. The Victory Column. A monument in Berlin, designed by Heinrich Strack after 1864 to commemorate the Prussian victory in the Danish-Prussian War, and it was inaugurated on 2 September 1873. Sanssouci Palace. Famous summer palace of Frederick the Great, King of Prussia, located in Potsdam (near Berlin). Many compare it to Versailles in France, although this palace is much smaller and decorated in intimate Rococo style.

Unter den Linden. Iconic, grand boulevard lined with linden trees, running from the City Palace to Brandenburg Gate. Popular route for walking. Zoo Berlin. The Berlin Zoological Garden (Zoo Berlin) is the oldest and best-known zoo in Germany. Opened in 19th century, it spreads over 35 hectares and is located in Berlin’s Tiergarten. Kaiser Wilhelm Memorial Church.  The ruins of famous landmark church, damaged during World War II bombings, serve as a symbol of the destruction of war. It is nicknamed as “der hohle Zahn”, meaning “the hollow tooth”

Kurfürstendamm. The most famous avenue in Berlin. The street takes its name from the former Kurfürsten of Brandenburg. This very broad, long boulevard is considered the Champs-Élysées of Berlin, lined with shops, cafes, restaurants and hotels. Neues Museum. Grand 19th-century museum, located in Museum Island, with collections of Egyptian artwork and prehistoric archaeology artifacts. Jewish Museum Berlin. Located in a contemporary building, this museum is hosting exhibits tracing German-Jewish history and Holocaust memorial. 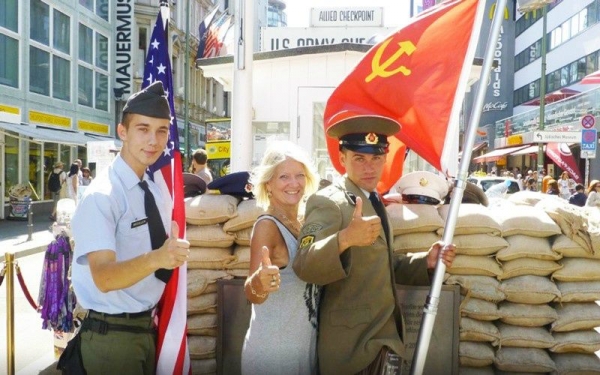 Top things to do in Berlin

Berlin is lovely and dynamic city with many attractions to offer and it is worth exploring. With so many museums and attractions in relatively compact area, you will have plenty of things to do for days (even weeks).

If you still have some time to spare, you can try and do day trips to nearby cities, top two being Postdam and Dresden.

If you prefer to visit attractions and stay active, we recommend several bike torus in city, some of them in a combination with foodie tours. Enjoy! 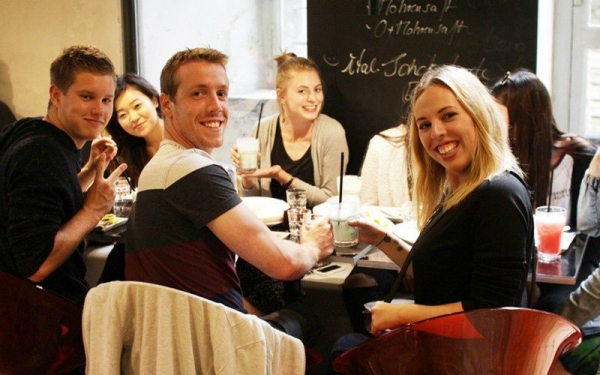 Festivals and events in Berlin

Berlin is packed with festivals and events all year around. Here are some top recommendations. 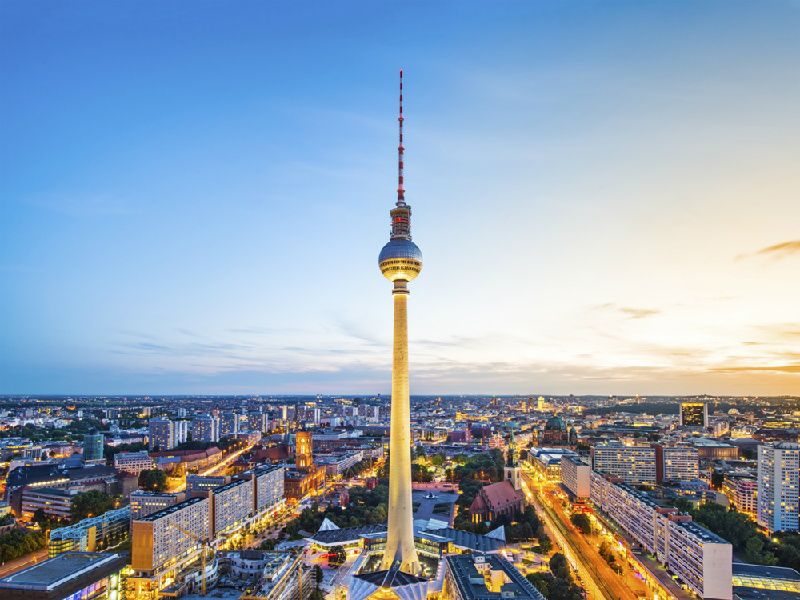 Best time to fly to Berlin

The peak season for flights to Berlin is January, October and December.

The low season for purchasing tickets is February, March and June.

Berlin is served by Schonefeld Airport and Tegel Airport.  Direct flights to Berlin are offered by 42 airlines.